Condos for sale in Thornbury 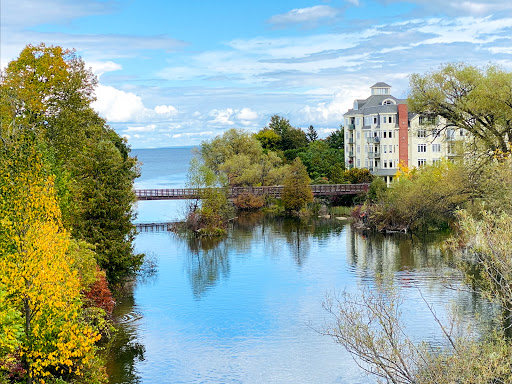 The condos for sale in Thornbury are a terrific place to start if you’re a first-time home buyer or looking to retire and downsize. Thornbury condo listings include trendy high rise towers as well as smaller town home-style layouts to match your needs and budget.
You can choose from a variety of characteristics, such as proximity to entertainment and restaurants, neighbourhood noise level, and public transportation accessibility. Following your selections, each listing will be graded on a scale of one to ten based on how well it fulfils your needs. For more information on a condo for sale in Thornbury, select the address for an individual unit and submit your contact information to request a viewing.

A condominium is a building that is divided into multiple units, each of which is individually owned and is surrounded by shared common areas. Residential condominiums are frequently built as apartment buildings, but there are also “detached condominiums,” which look like single-family homes but are jointly owned and maintained by a community association, including the yards (gardens), corridors, building exteriors, and streets, as well as any recreational facilities (such as a pool or pools, bowling alley, tennis courts, golf course, and so on).

Condominium units are owned outright, unlike apartments, which are leased by their occupants. Furthermore, the individual unit owners own the property’s common areas, such as corridors/hallways, walkways, laundry facilities, and so on, as well as shared utilities and services, such as the HVAC system, elevators, and so on. Many shopping malls are industrial condominiums, with individual retail and office spaces owned by the firms that occupy them, and the mall’s common sections held collectively by all of the businesses who own the individual spaces.

The owners control the common areas, facilities, and utilities collectively through their group, such as a homeowner association.Condominium is a made-up Latin word formed by prefixing the word dominium with the affix con-, which means “together.” As a result, it means “shared dominion” or “co-ownership”. Condominia (the plural form of condominium) traditionally referred to territory governed jointly by two or more sovereign states. When many claimants couldn’t agree on how to divide the disputed territory, this strategy was regularly employed to resolve boundary disputes. For example, from 1818 to 1846, Oregon Country was a condominium over which both the US and the UK had joint authority until the Oregon Treaty settled the issue by dividing the area at the 49th parallel and giving each country sole control over one side.

The distinction between a residential complex, such as an apartment building, and a condominium is solely legal. A condominium cannot be distinguished from any other residential structure just by looking at it or visiting it. The form of ownership is what distinguishes a condominium. A structure constructed as a condominium (and sold in individual units to distinct owners) could be repurposed into an apartment complex in a different location (the developers would retain ownership and rent individual units to different tenants).

Despite the fact that a condominium is essentially an apartment structure, due of the disparities in the rental and sale markets, builders choose to design condominiums to better quality standards than apartment complexes. They are slightly larger than apartments and are frequently built in the style of a townhouse in areas where single-family detached homes are common. A condominium is technically a collection of separate house units and shared amenities, as well as the land on which they are built. Individual home ownership in a condominium is defined as ownership of simply the air space that defines the home’s borders. A legal document called as a Declaration, submitted on record with the local governing authority, defines the limits of that space. These borders usually include the wall that surrounds a condo, allowing the homeowner to make interior changes without affecting the shared space. Anything beyond this line is owned in an undivided ownership interest by a corporation formed when the condominium was built. The corporation maintains this property in trust for the homeowners as a whole, and it may or may not own it.

Conditions, covenants, and restrictions, as well as typically extra rules, govern how individual unit owners share the space in condominiums.
Some condominium complexes are made up of single-family homes. There are also “detached condominiums,” in which homeowners do not maintain the exteriors of their homes, yards, etc., and “site condominiums,” in which the owner has more control and possibly ownership over the exterior appearance (as in a “whole lot” or “lot line” condominium). Some planned communities and gated communities prefer these structures.