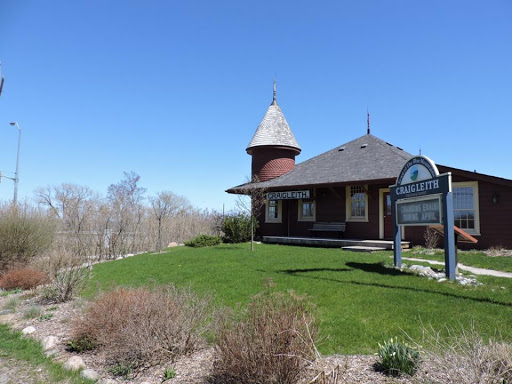 Sandford and Andrew Fleming sold the land that The Craigleith Heritage Depot now stands on to the Northern Railway of Canada in 1872. Sandford Fleming was one of the railway’s principal surveyors, and he persuaded his father Andrew Fleming to contribute the railway’s 9.8 acres (0.040 km2). The property is situated on a Native path that Charles Rankin surveyed in 1834. The Northern Railway’s Collingwood to Meaford branch (also known as the North Grey Extension Company or North Grey Railway) began operating in September 1872, and by 1881, five trains per day were arriving at Craigleith’s platform stop.

Edward VII, Queen Victoria’s son, paid a visit to Canada in 1860. Between Toronto and Collingwood, nearly every station had erected magnificent floral arches beneath which the prince travelled in his open observation vehicle. When a special tour of hundreds of railway aficionados retraced the prince’s path in 1974, a member of the planning committee suggested resurrecting the flower arches; unfortunately, only Craigleith opted to do so. The lilac flowers were held in a local apple storage plant in an attempt to keep them from blooming. Post diggers were digging holes for the arches the night before the train voyage, when they accidently cut the cable that controlled the railway signals for kilometres. For the following 12 hours, the warning bells and red lights went crazy. In addition, the Lilac Arch was demolished by a severe rainstorm late at night. Since then, no communities have been persuaded to join in the floral arch’s rebirth.
In 1909, Phillis Gertrude Wilson was born in the depot. George Wilson, the track master, was her grandfather. Helen Speck Gibson was born on February 23, 1922, at the depot, where her father, Alan Speck, was stationmaster. Dr. Sandford Goodchild used the depot as a cottage in the 1960s, and after rail service was discontinued, it was purchased by a former Collingwood mayor, who also used it as a cottage for many years.
An actual paper from the General Roadmaster, dated May 6, 1902, establishing the salary of railway station workers is currently placed on the wall. The Depot’s foreman was paid $45.00 per month. Every day, all normal sector labourers were paid $1.20. There was no allocation for overtime in the foreman rates, which covered all services rendered.

One of the industries that benefited from the train stop was the ski industry. Private ski resorts were introduced to the public in the 1940s. Skiers could take a 7:00 a.m. train from Union Station to Craigleith Station, then pay 25 cents to ride in a Weider horse-drawn sled to the ski hill now known as Blue Mountain. The sled was driven by Father Don Plater. Due to the war effort and a lack of rail transit, the ski train operation was halted in 1942. After World War II, service to Craigleith Station was restarted in 1947 and continued until the 1960s, when automotive traffic severely reduced passenger. The Ontario Trails Council secured the adjacent railway line in 1991, and it is currently known as the Georgian Trail.

Ken and Suyrea Knapman bought the building in 1966 and refurbished it before reopening it as The Depot on October 26, 1968. Collingwood Township’s Reeve Ross Arthur honoured the couple with the Ontario Heritage Foundation Community Heritage Award on September 23, 1996, in honour of their preservation efforts.
When Mr. Knapman’s health difficulties grew serious in 1998, they decided to sell The Depot, but they were desperate to find a buyer who would maintain the structure. Ken Knapman died as a result of heart problems. Suyrea tried to keep the restaurant afloat for the next two years, hoping to find an investor who was committed to preserving the structure.
The Craigleith Heritage Ridge Project and its supporters met with the Town of the Blue Mountains council to persuade them to purchase the structure. Following the meeting, the council attempted to purchase it, but only wanted the building and not the rest of the land. Fearing that splitting the parcel would make it difficult to sell the remaining land, the Town was unable to reach an arrangement with Suryea Knapman, and she sold the building to Roger Lockhart, who had no duty to maintain the historic structure. Lockhart requested rezoning and land severances for the depot. The application was granted, and the site was divided into four blocks for building lots just east of the depot.

The goal of Your Archives is to engage the community in the digitization and dissemination of local historical content. The staff at Craigleith Heritage Depot understands how important our past is. This initiative allows the museum to share and document local history while you keep the original artefacts. Select a record and explain why it is significant to you and/or the history of the Blue Mountains. Tag the museum in your Facebook and Twitter posts. @CraigleithDepot and on Instagram @bmplibrary & use the hashtag #YourArchives!

Every Monday on Twitter and Facebook, start your week with highlights and the history of artefacts in the Craigleith Heritage Depot’s Museum collection with #MuseumFromHome!

The Craigleith Heritage Depot will tell the storey of the small Craigleith Station for 101 weeks. From its beginnings in the late 1880s to its current status as a museum, archive, and library. Join us in exploring how the little train station has transformed over the decades to become what it is now through photographs, letters, journals, newspaper articles, and artworks.

Investigate the earliest animals that existed in our area in the distant past. Staff at Craigleith Heritage Depot show off their favourite fossils from the Museum’s natural history collection. On Facebook and Twitter, you can share your own images with us. and use the hashtag #FavouriteFossils! 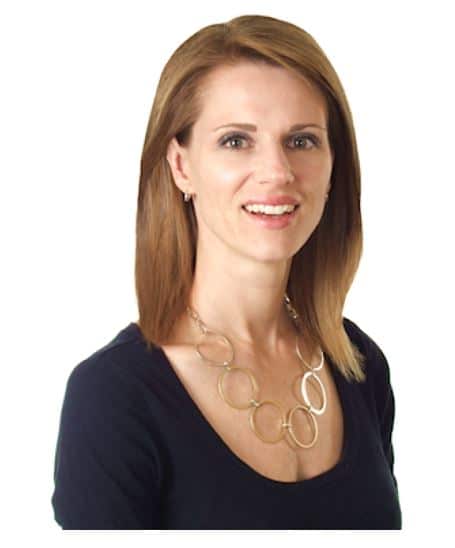